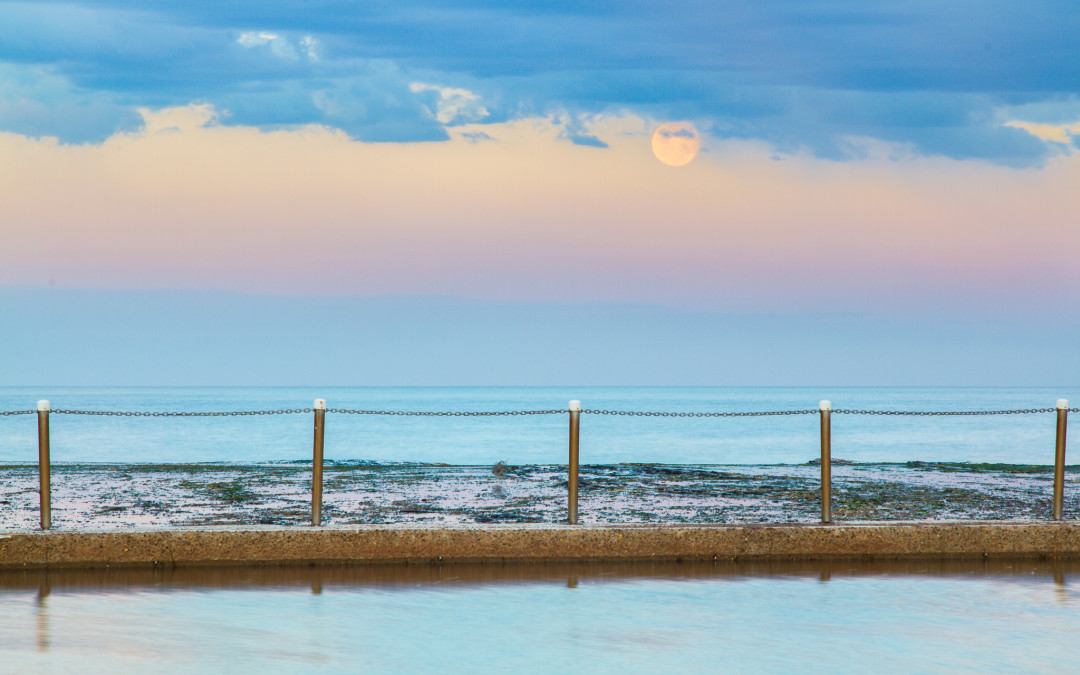 Supermoon is coincidental event of a Full Moon phase and the closest distance to Earth while revolving around its elliptical orbit. This makes the moon appear much larger in size as the moon rises from the horizon.

Myself and a fellow photographer +Mykal Hall went to Mona Vale beach last Sunday to watch this phenomenon and wishfully hoping to take some pictures of the Supermoon.

Normally, when I’m going to shoot landscape or seascape I am going for the widest lens available to me. This is the Tokina 11-16mm F2.8 (2nd series) lens, however for what we had in mind this kind of lens is not ideal. In case you haven’t notices a Wide Angle lens has the tendency to push distant object even further away while filling majority of the frame with foreground only.

The problem which this is that Supermoon is going to rise up at the distant horizon and if you use a Wide Angle lens its just going to make the Supermoon look like a tiny light bulb in the background. So for this situation you actually want to grab a zoom lens that has the maximum zoom out of all your lenses. I went for my Canon 24-105mm F4 L Lens.

Now to compose your shot you want to setup on a tripod and stand much further back than you typically would for a Landscape image and use the lens to zoom in and Frame the same kind of shot as you would with a Wide Angle lens. The benefit of zoom in is that your lens will compress the image and bring the distant objects even closer to the foreground. Yes that’s right, if you don’t believe me just Google “Lens Compression”.

This means that you not only get the moon at its full enormity but your lens depending upon how much you’ve zoomed in will make it appear even bigger that what you’re seeing with your naked eye.

Unlikely for us the horizon was covered with smoke from some back-burning the firefighters were doing in preparation for the hot summer ahead as it’s been a fairly dry winter here in Sydney. So we didn’t see the moon actually rise but only after it had risen above the layer of smoke.

Here are some of the images I took: 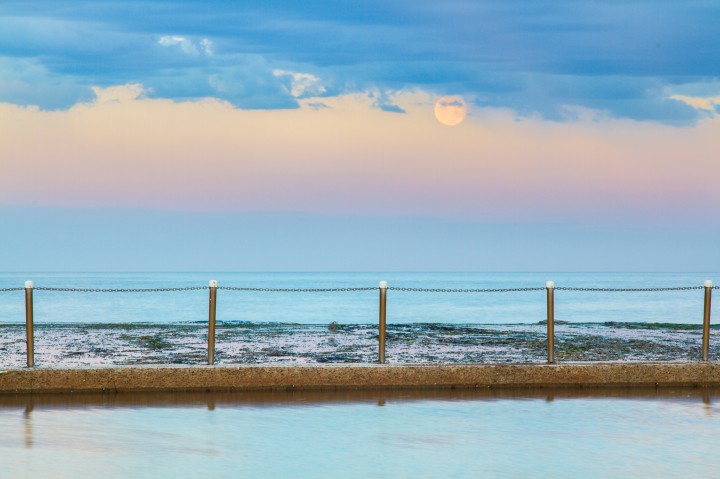 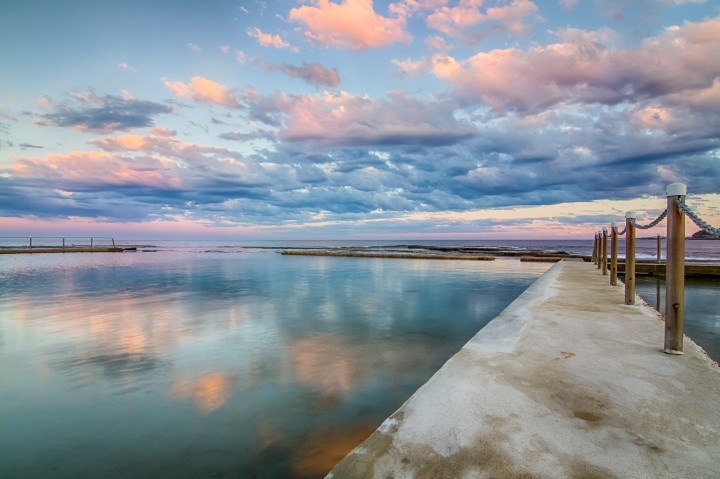